Do You Believe This Man? 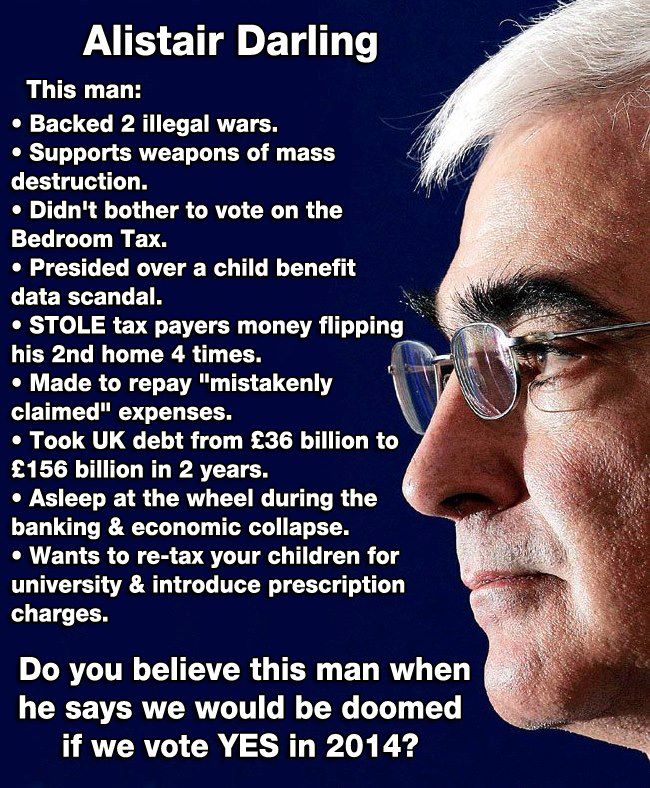 Do you believe this man when he says we would be doomed if we vote Yes in 2014?

This picture was posted on the Yes to an Independent Scotland Facebook page on 10th March 2013.