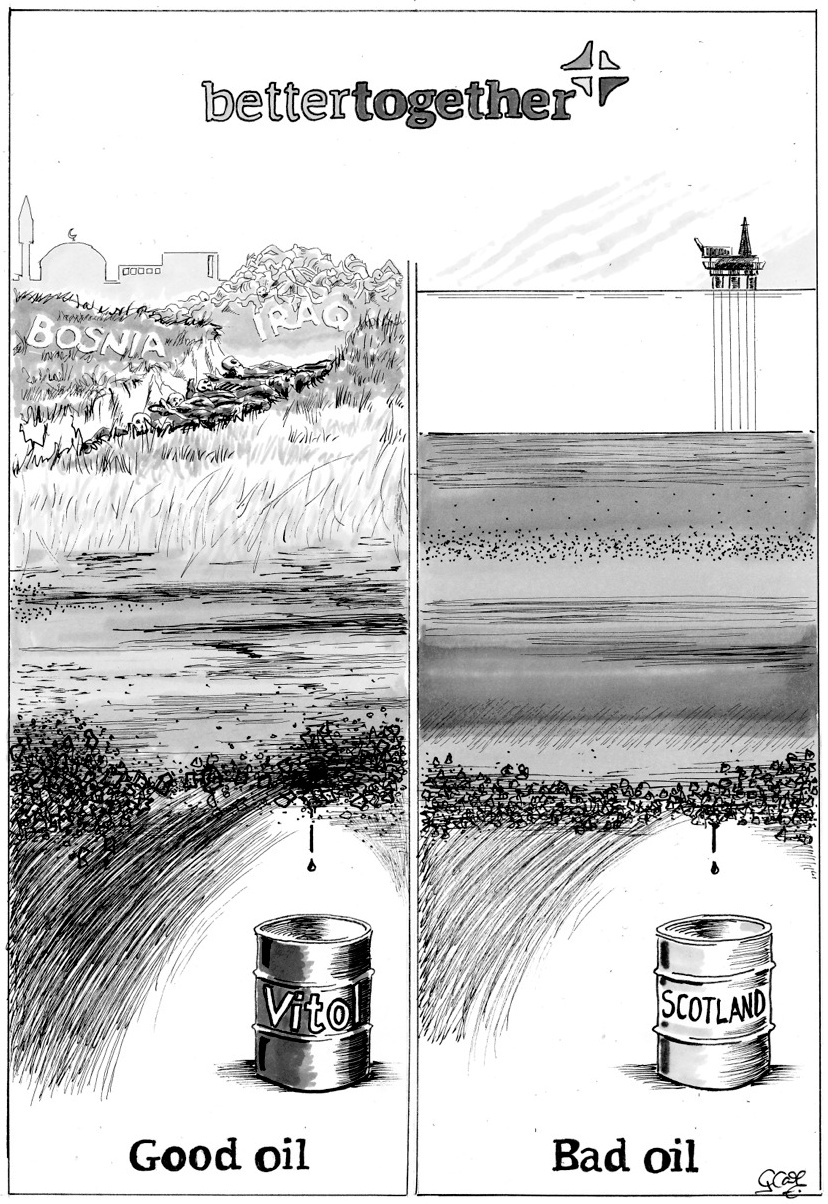 The cartoon satirizes the No Campaign's portrayal of North Sea oil revenues as a volatile and unpredictable resource, which an independent Scotland could not handle.

It is also in reference to the recent scandal surrounding the £500,000 donation to the Better Together campaign from Ian Taylor, Chief Executive of oil trading company Vitol plc. Vitol had paid $1 million to a Serbian war criminal during the Bosnian conflict and been charged for providing kickbacks to Iraqi officials to win oil supply contracts.

The Cartoon is © Chris Cairns 2013. It was published by Wings Over Scotland under the headline A simple guide on 22nd April 2013.