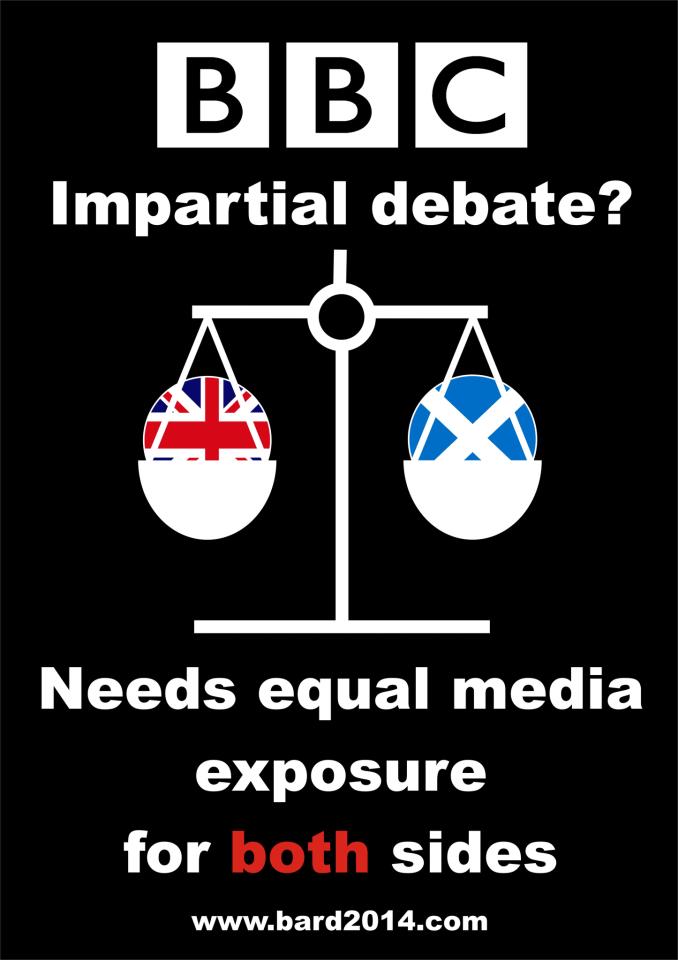 This graphic refers to the BBC's imbalanced coverage of the referendum debate in general and in particular to the BBC's extraordinary statement "We are not in an official referendum campaign and therefore do not have to balance it out between yes and no."[1] in reply to the complaint of a licence payer.

This graphic was published by BARD 2014 on 22nd February, the day before the Illuminate the Debate Rally.