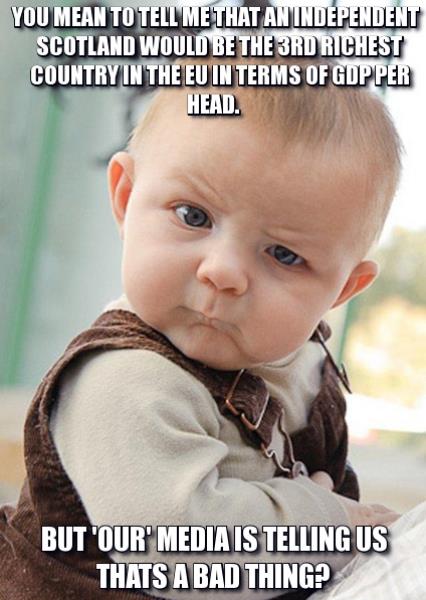 A quizzical baby is asking:

You mean to tell me that an independent Scotland would be the 3rd richest country in the EU in terms of GDP per head?

But 'our' media is telling us that's a bad thing?

This is in reference to a newspaper article entitled "Warning over Scots EU costs"[1], which appeared in The Herald on 9th March 2013. As the article reveals, increased EU membership costs would be due to an independent Scotland being one of the wealthiest EU nations. This is another example of a positive story being given a negative spin by the media.

The picture was published by Munguin's Republic on 10th March 2013 in the article Another thing you couldn't make up.