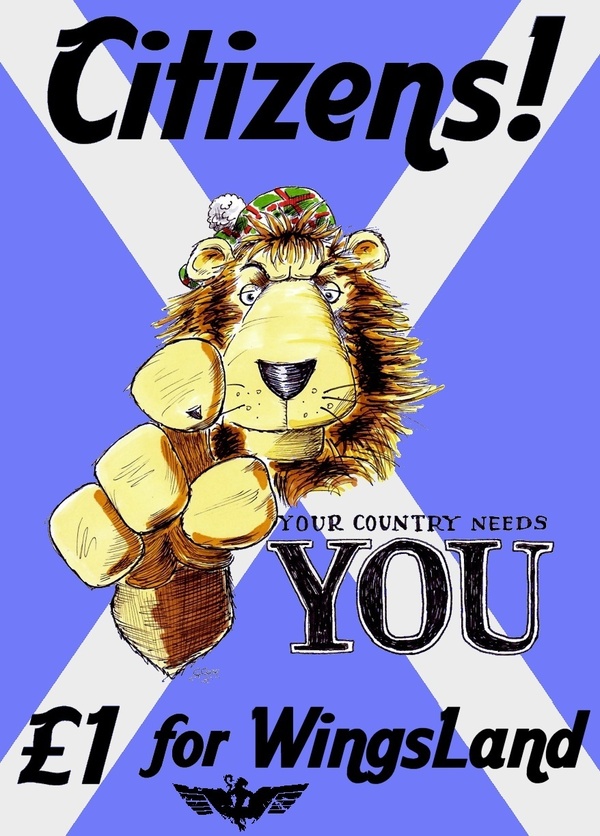 Your country needs you.

Modelled on the famous Lord Kitchener Wants You recruitment poster, this cartoon accompanied the Wings Over Scotland What's journalism worth to you? fund raising appeal. The campaign to finance a full-time journalist, which was launched on 6th February 2013, gathered an amazing 28% of the £30,000 target in its first eight hours.

The Cartoon is © Chris Cairns 2013. It was published by Wings Over Scotland on 7th February 2013 in the article Blown away.