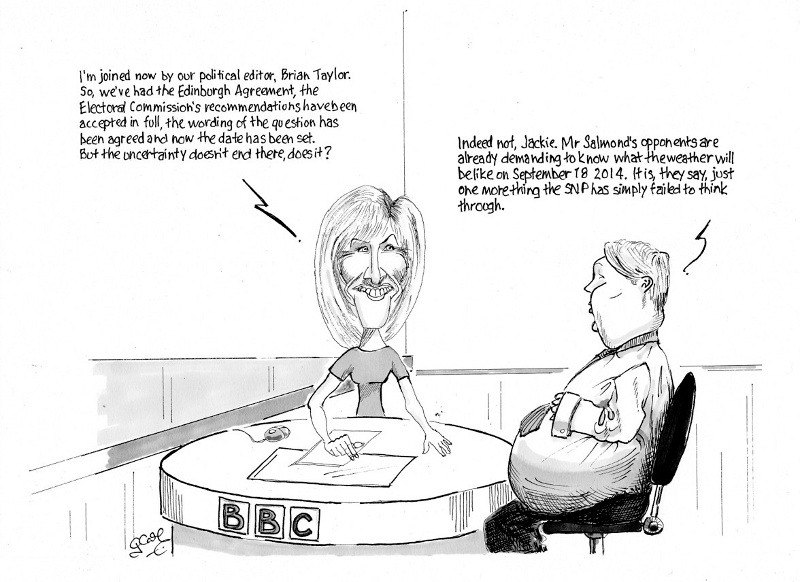 Jackie Bird: I'm joined now by our political editor, Brian Taylor. So, we've had the Edinburgh Agreement, the Electoral Commission's recommendations have been accepted in full, the wording of the question has been agreed and now the date has been set. But the uncertainty doesn't end there, does it?

Brian Taylor: Indeed not, Jackie. Mr Salmond's opponents are already demanding to know what the weather will be like on September 18 2014. It is, they say, just one more thing the SNP has simply failed to think through.

The Cartoon is © Chris Cairns 2013. It was published by Wings Over Scotland under the headline Fair and balanced on 21st March 2013, the day the First Minister Alex Salmond announced the date of the independence referendum.