Who should Decide the Government of Scotland? 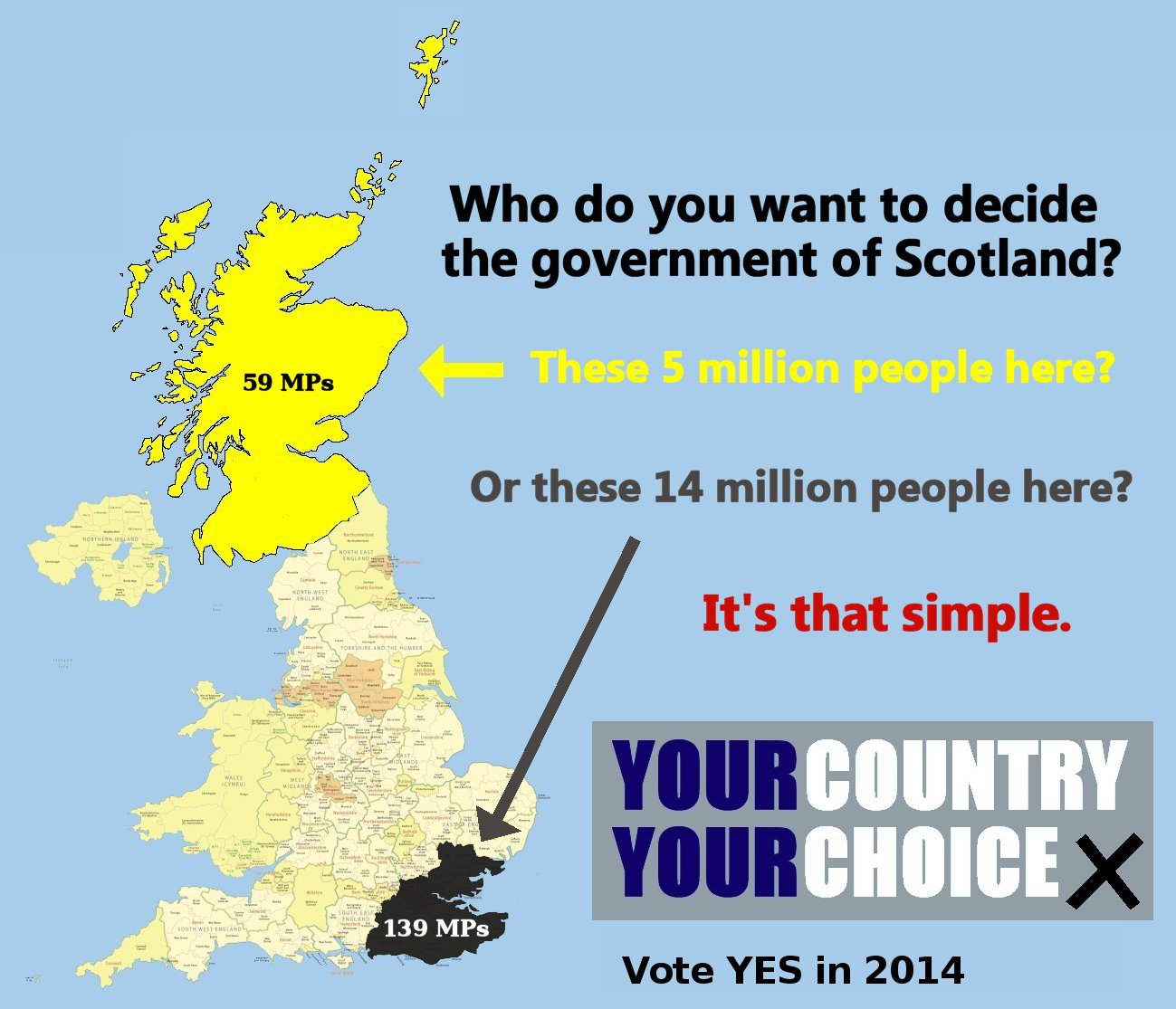 Who do you want to decide the government in Scotland?

The five counties of South-East England - Kent, Sussex, Essex, and Greater London - send 139 MPs to Westminster, which is more than double the number of MPs appointed by the Scottish electorate.

The graphic was published on Wings over Scotland on 24th May 2012 in the article How to win independence with one picture.

Please, note I made two small changes to the graphic: