What Savings can an Independent Scotland make?

An independent Scotland would not have to contribute millions to the UK's nuclear weapons. 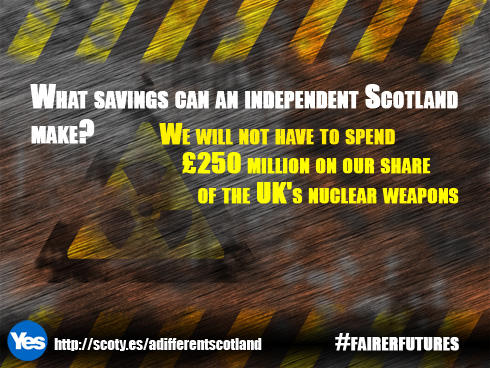 Q: What savings can an independent Scotland make?

A: We will not have to spend £250 million on our share of the UK's nuclear weapons.

This figure is based on the overall costs of Trident including acquisition and running costs over a 30-year life span. As part of the UK, Scotland's share of the cost at 8.4% (based on population) is approximately £250 million per annum[1].

The graphic was published by Yes Scotland on 16th January 2013.