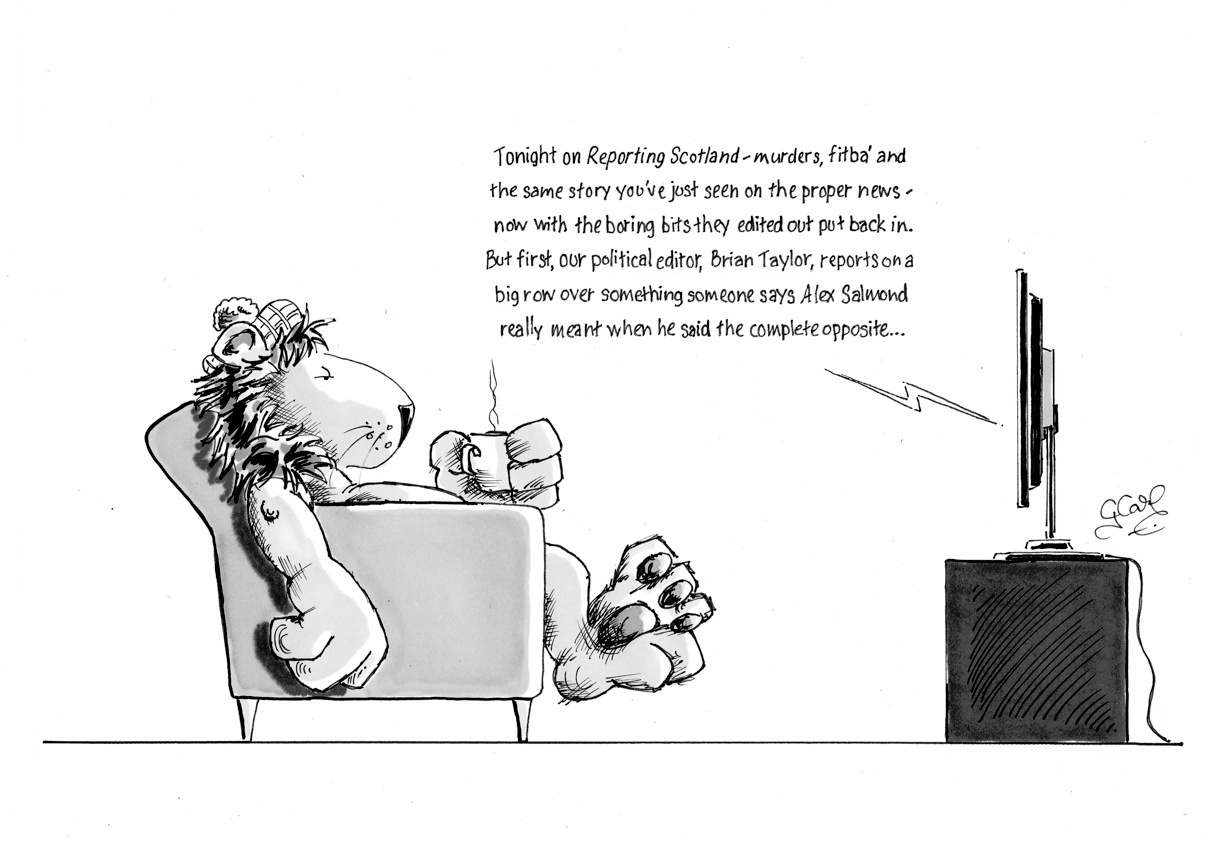 Tonight on Reporting Scotland - murders, fitba' and the same story you've just seen on the proper news - now with the boring bits they edited out put back in. But first, our political editor, Brian Taylor, reports on a big row over something someone says Alex Salmond really meant when he said completely the opposite…

The title of the cartoon is in reference to the Illuminate the Debate Rally for balanced broadcasting of the independence referendum.

The Cartoon is © Chris Cairns 2013. It was published by Wings Over Scotland on 4th February 2013 in the article Illuminating the debate.