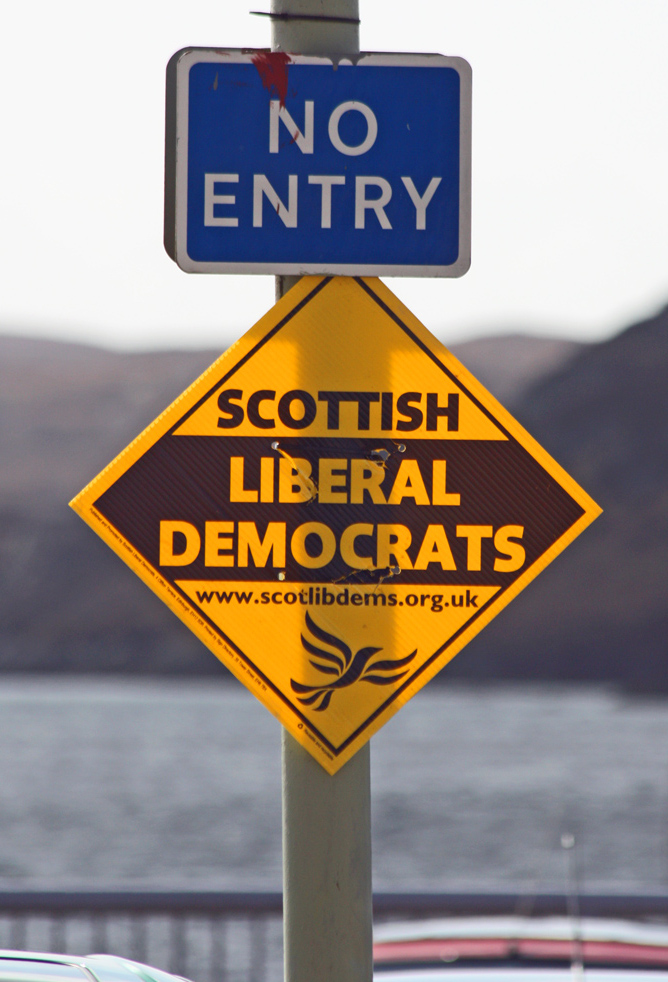 The photo shows a Liberal Democrats election sign positioned on a post underneath a "no entry" traffic sign. The picture was taken in Stornoway on the first full day of the campaign for the UK general election 2010.

The sign summed up the Liberal Democrats' chances of winning the seat in the Western Isles, which was, as expected, secured by the SNP.

Photo © Donald Macleod, and licensed for reuse under this Creative Commons Licence.