How MPs Voted on the Benefits Cut 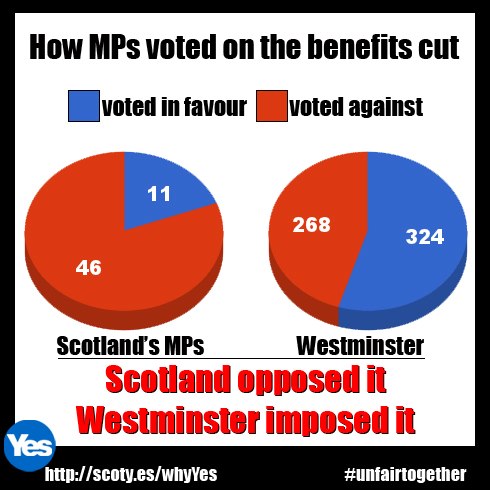 The graphic depicts how MPs voted in the second reading of the Welfare Benefits Up-rating Bill on Tuesday, 8th January 2013. According to the proposals, increases to working-age benefits will be limited to 1% for the next three years, which represents a real-term cut of the welfare benefits.

The bill passed with a majority of 56:

Alistair Darling, MP for Edinburgh South West, did not attend the debate because he was on a "listening tour" of Scotland as the leader of the No Campaign.

The graphic was published by Yes Scotland on 14th January 2013 in the article Benefits cut vote shows need for fairer Scotland.