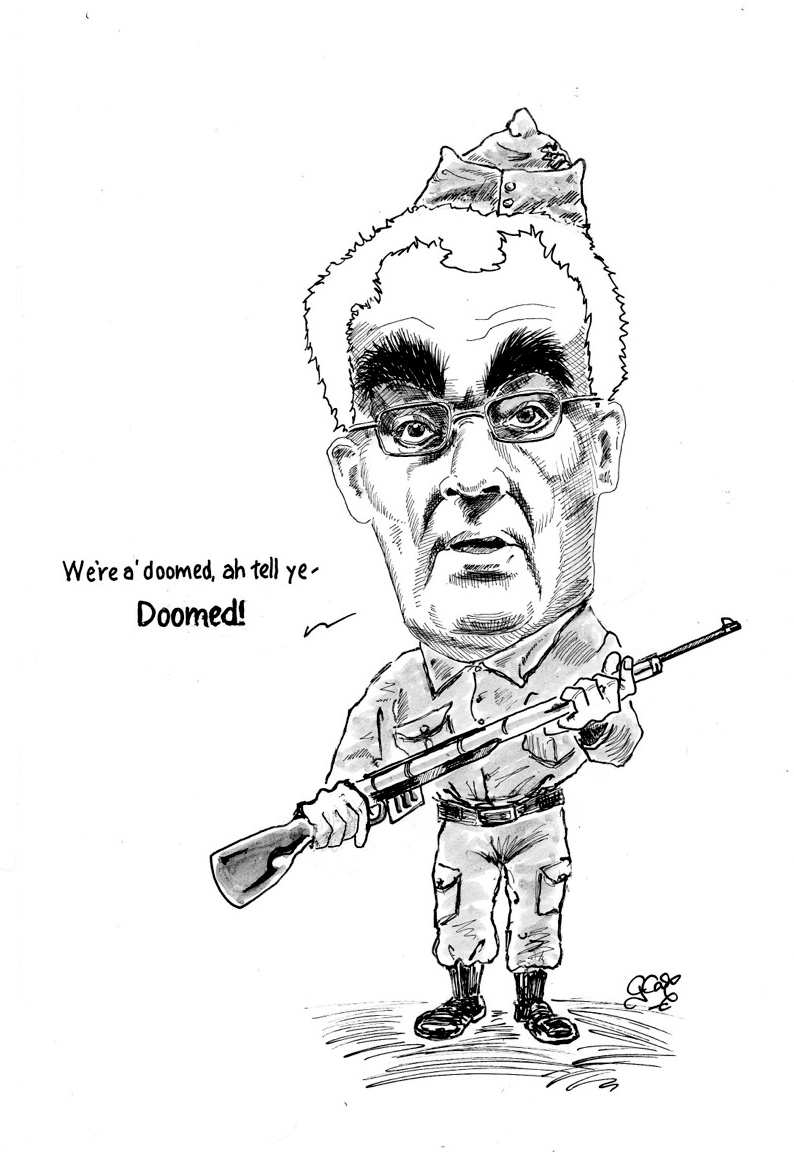 The cartoon depicts Alistair Darling, leader of the No Campaign, as Dad's Army[1] character Private James Frazer, who was portrayed as a dour Scotsman  constantly giving exaggerated warnings of doom.

This characterization is in reference to scaremongering being the sole contribution to the independence referendum debate by the No Campaign and Alistair Darling in particular. The cartoon was published shortly after Alistair Darling had claimed that the SNP's plans for Scotland's currency and tax post independence were falling apart[2].

The Cartoon is © Chris Cairns 2013. It was published by Wings Over Scotland on 23rd February 2013 in the article Darling warns blah blah something.