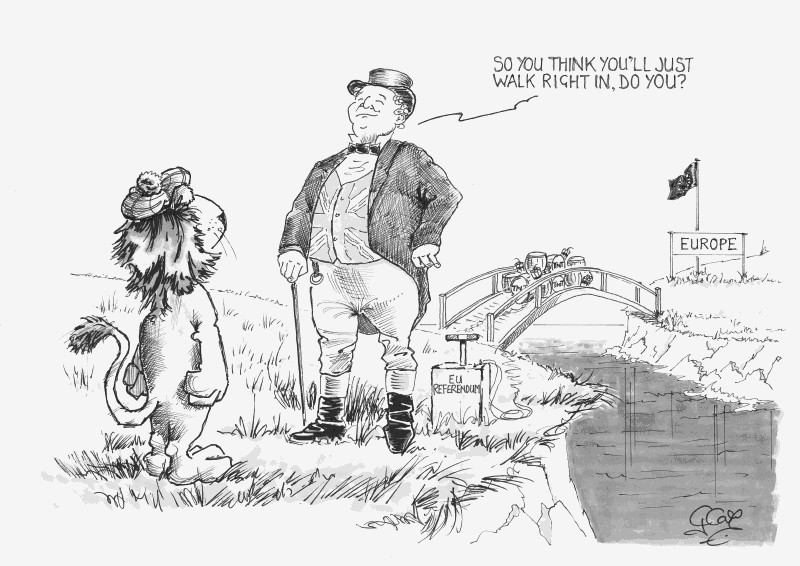 "So you think you'll just walk in, do you?," says John Bull[1] to the wee Scottish lion as they are standing at the bridge to Europe, which the man is about to blow up.

The cartoon appeared the day after David Cameron's promise of an "in or out" referendum on Britain's EU membership[2] and after months of scaremongering about an independent Scotland facing EU application.

The Cartoon is © Chris Cairns 2013. It was published on 24th January 2013 by Wings Over Scotland in the article Bull Bridge. It was the first cartoon on the site. The lion was christened Hamish on the same thread.